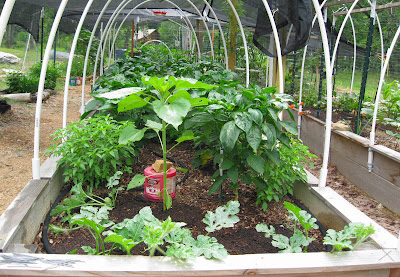 While only gardening for a little over a year, lessons have been learned and discoveries made. The climate in the Beavers Bend State Park area is almost perfect for gardening, as the wind is minimal, the water plentiful, and pollinators abound. The one issue we have run into, as many in the Broken Bow, Oklahoma area have, is the blistering sun. Even with what feels like a typical June day, the sun seems to penetrate without raising air temperatures. I can personally vouch that I get sunburned easier in this area than any other I have lived in. This effect also plays havoc on many of the garden plants, even those that love hot, sunny days. So shading is the only solution, but how much? We decided on a mesh tarp from Harbor Freight that claims a UV filtering of 75%. We thought it might be overkill, but it has done nothing but benefited our plants. The bell peppers and squash even flourish under it. Cucumbers must have it, or you're in for a bitter batch of inedible veggies. The mesh tarps are also quite easy to take down during the cooler months. Our tarp has grommets, making it easy to connect to the fence using bungee cords. 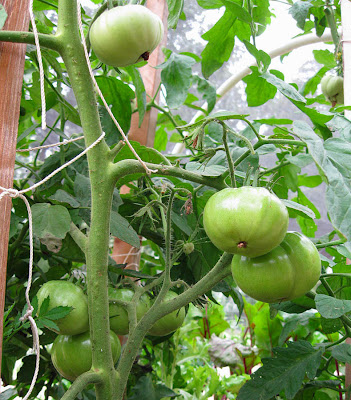 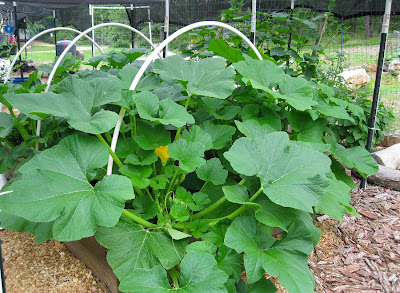 Posted by Cabins in Beavers Bend at 3:26 PM

About Cabins in Beavers Bend